Plant a tree in memory of Joan
An environmentally-friendly option 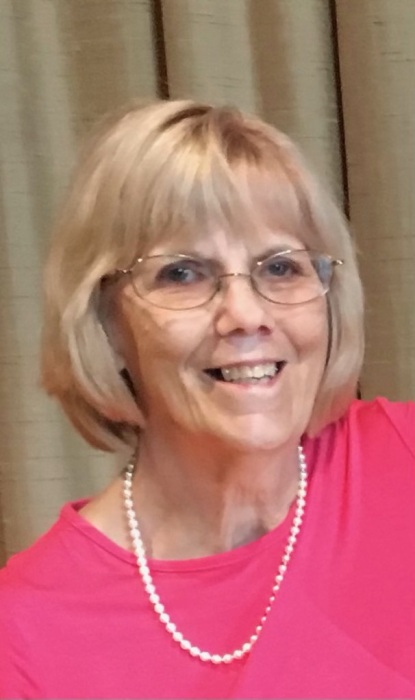 Joan E. Slaymaker, a 44-year resident of Hartsville, formerly of Willow Grove and Warminster, passed away April 19, 2021. She was 75 years old. Joan was the beloved wife of Walter F. "Terry" Slaymaker III with whom she shared over 53 years of marriage. Born in Kingston, PA, Joan was a daughter of Doris Ide and the late John Edwin Ide, Sr.

After graduating from William Tennent High School, Joan became a secretary at Fischer & Porter, where she met the love of her life. After marriage, Joan began babysitting children in her home. Joan was affectionally known as "Mom" to many children because of her compassionate and care-giving nature. She took care of everyone.  She enjoyed walking around her neighborhood and talking with friends. She was a longtime and active member of Neshaminy-Warwick Presbyterian Church. She loved singing, was a member of the church choir, and helped with the nursery and with many other activities at the church. Joan cherished spending time with her grandchildren and with the family that brought her joy. She loved them very much and will always be in their hearts.

She is survived by three loving children: Jennifer Kent and her husband Robert; Brian Slaymaker and his wife Glenda; and Sue Gorniowsky, as well as seven grandchildren: Rebekah, Robert "Robbie", Jillian, Marc, Matthew "Matt", Caylee, and Jaxon. She is also survived by two brothers: John "Jack" Ide, Jr. and his wife Carole; William "Bill" Ide and his wife Amy; two sisters: Judith "Judi" Giles and her husband Gary; and Patricia "Pat" Wedertz, as well as Hank and Mimi Slaymaker, William Slaymaker, Elizabeth Steele and the late Andrew N. Slaymaker, many other family members, friends and neighbors.

The memorial service will be announced at a later date. In lieu of flowers, memorials in Joan’s memory may be made to the Music Program at Neshaminy-Warwick Presbyterian Church, 1401 Meetinghouse Road, Warminster PA 18974.

Plant a tree in memory of Joan by clicking here.
To send flowers to Joan's family, please visit our floral store.

A service summary is not available

Plant a tree in memory of Joan
An environmentally-friendly option

Plant a tree in memory of Joan

2 trees planted in memory of Joan

Many fond memories from long ago.
Lenny Sgrillo

A Memorial Tree was ordered in memory of Joan E. Slaymaker by Lenny Sgrillo.  Plant a Tree

A Memorial Tree was planted for Joan E. Slaymaker

Plant a tree in memory of Joan